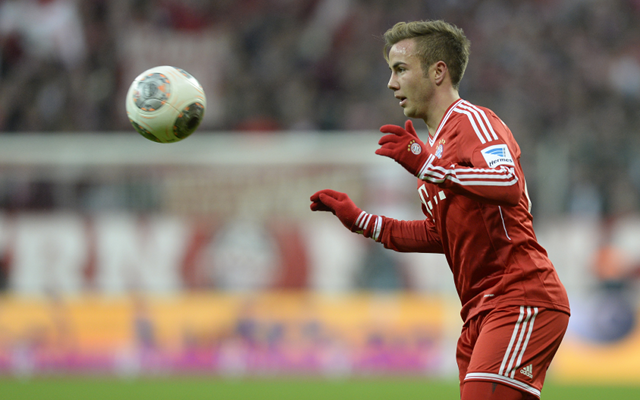 Chelsea are set to become the latest side to ponder a big money move for Mario Gotze after the attacker admitted that he is frustrated with life at Bayern Munich, according to the Metro.

Gotze only linked up with the Bundesliga champions last summer in a €30m move from fellow German giants Borussia Dortmund, but despite the hefty price tag he has yet to truly establish himself within the first team.

The 21-year-old recently spoke to the German press about his frustrations at the Alianz Arena, highlighting his lack of playing time as his main bugbear.

“I want to win back the trust of the coach to play more.”

However, his comments have alerted Chelsea, who are long term admirers of the playmaker and sources close to the club are hinting that the Blues may be preparing a move for the player at the end of the season.

Gotze was a target for Jose Mourinho during his time at Real Madrid, and with the Blues looking at creative reinforcements, he is ready to make an offer.

Arsenal, Manchester United and Napoli have all previously been linked with making a move for him.