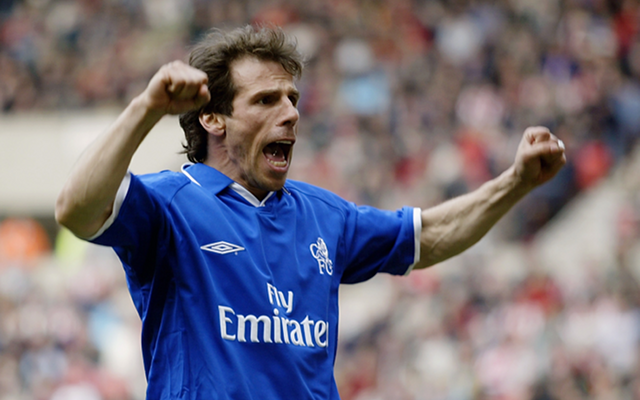 The 25-year-old Spain international, who has scored 35 goals in 41 club appearances this season, is widely expected to swap Madrid for West London this summer.

Zola, who recently topped a fan vote to become Chelsea’s most popular player of all-time, reckons that Costa is exactly what manager Jose Mourinho needs.

“I like him because he’s one of those strikers who is happy to play up front on his own,” Zola told The Sun. “Costa is a real handful for any defence.

“He can still be dangerous and score goals and that is very similar to Didier Drogba. Since he left, that is the missing part of the puzzle.

“He was strong and could keep the whole defence busy. And Costa is the same. He would be very good in this country because the style of football would suit him and he would settle in quickly.”

Drogba left Chelsea in June 2012 after scoring 157 goals in 342 first-team appearances for the Blues.

The Ivorian’s impressive record in front of goal gave him a strike-rate of 45.9 per cent, which is significantly better than that of any of the forwards that are currently at Mourinho’s disposal.

Samuel Eto’o has a pretty decent record of 12 goals in 35 outings – a 34.3 per cent strike-rate  – but the 33-year-old Cameroon international has fitness issues and is likely to leave Chelsea when his contract expires in June.

Costa’s strike-rate this season is an incredible 85.4 per cent and Zola is confident that the powerful frontman will be able to score goals in England.

Zola believes that Costa’s arrival would probably result in Mourinho revamping his much-discussed tactics to go even more direct.

He added: “Chelsea definitely need someone like him, Falcao or Zlatan Ibrahimovic.

“If I was the manager with a blank cheque to buy players who will make the difference between nearly winning and being champions, they are the men I’d look at.

“Jose likes to change things. At the start of the season and in the middle they played a different style. If they get Costa, you will see another, more direct style.”