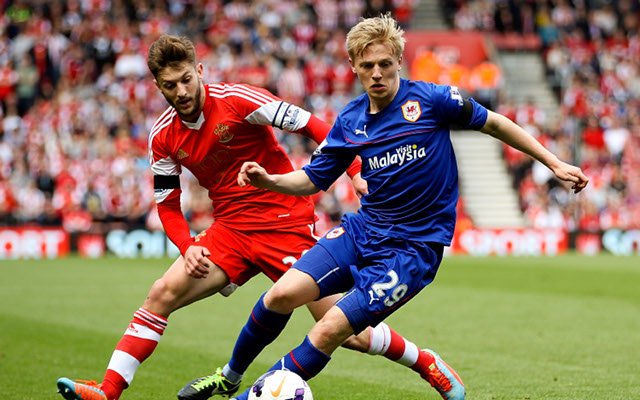 Teenager on the Stamford Bridge radar.

Chelsea are said to be lining up a shock move for Cardiff City youngster Mats Moller Daehil this summer after catching the eye with a number of fine performances in an otherwise disappointing season for the Welsh side, according to Wales Online.

Blues boss Jose Mourinho is said to be looking to build the strength in depth of his squad for next season after crashing out of the Champions League at the hands of Atletico Madrid.

And Mourinho is keen on Moller Daehli after identifying him as one of the harder working Bluebirds stars and believes that the 19-year-old’s time with Manchester United’s academy would qualify him as a homegrown player.

Chelsea are in need of adding to their quota of homegrown players next term as the likes of Frank Lampard and Ashley Cole face uncertain futures.

The three-cap Norwegian international joined the club from manager Ole Gunnar Solskjaer’s former club Molde during the January transfer window, and has since gone on to make 12 appearances in the Premier League, scoring once in the process.