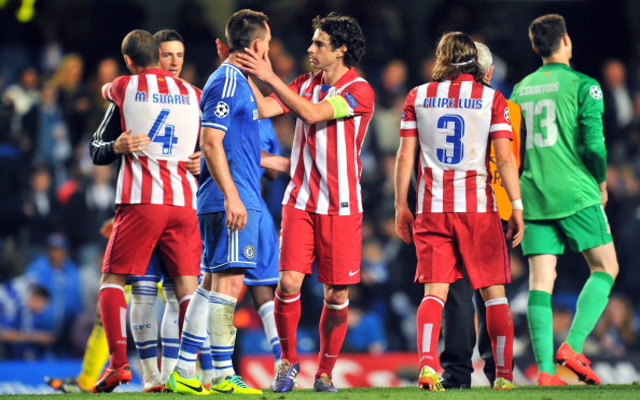 The Blues skipper shed tears on the pitch at Stamford Bridge after his side were beaten 3-1 by the La Liga leaders, who will now face Real Madrid in an all-Spanish final in Lisbon.

“You build the expectations and you put yourself in a position where you dream, you make others dream and go to the limit and when you are almost there, and you don’t do it, you become frustrated.

Terry’s eyes have a history of producing fluid. The former England captain famously wept in Moscow in 2008 after slipping and missing a penalty that would have won the Champions League for Chelsea.

His mis-hit effort clipped the outside of the post on its way wide and Manchester United were crowned champions of Europe moments later after triumphing 6-5 on spot kicks.

Terry helped the Blues reach another Champions League final in 2012, but he was unable to play in the Munich showpiece after being sent off in the semi-final against Barcelona.

Chelsea coped well in Terry’s absence and went on to lift the trophy by beating Bayern Munich on penalties.

Despite his suspension and the fact that he did not play any part in the match, Terry wore full Chelsea kit as he celebrated his side’s victory inside the Allianz Arena.