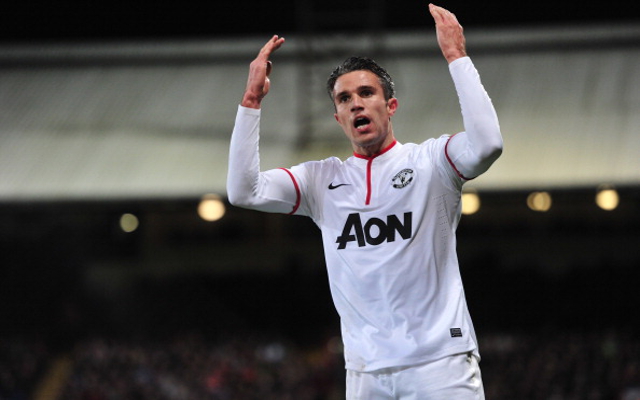 Premier League champions Manchester United have received a huge boost after it emerged that key front man Robin van Persie could be back from his long-term knee injury way ahead of schedule, according to reports in the Daily Mail.

The prolific Netherlands international suffered the problem playing against Greek champions Olympiakos in the second leg of their Uefa Champions League quarter-final at Old Trafford back in March, with the player being ruled out for the rest of the campaign in the immediate aftermath of that contest.

In fact, there were even some fears that the 30-year-old may miss this summer’s Fifa World Cup finals with the Oranje due to the injury, however, it now seems as though Van Persie has made a remarkable recovery, with the Dutchman even being considered now to feature against Premier League strugglers Sunderland in the league at the Theatre of Dreams this weekend.

Van Persie has so far endured an injury-plagued season in the north west, with the forward having managed to register 11 goals and three assists in total in just his 18 Premier League encounters for the Red Devils.