In what is Australia’s version of the Metro, mX highlighted the Dutchman as everyone’s favourite grandpa, giving those not in the know a hilarious vision of Harold running along the touchline bellowing his orders at Wayne Rooney and Robin Van Persie. 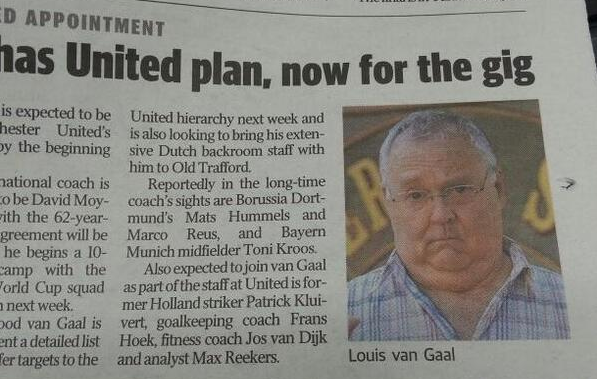