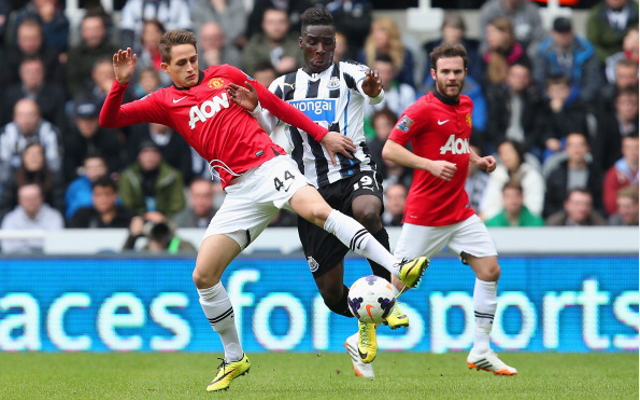 Hodgson does not understand what all the fuss is about.

England manager Roy Hodgson reckons that Manchester United winger Adnan Januzaj made the correct decision when he opted against committing his international future to the Three Lions.

The 19-year-old could have chosen to represent Turkey, Albania, Kosovo or Serbia, but last week he opted for Belgium – the country of his birth.

Januzaj was not even eligible to play for England, although he could have qualified for the Three Lions by living in the country for another four years.

In order to stay eligible though, he would have had to reject the opportunity to play for any other nation – thus giving up a significant chunk of his international career.

“I’m sorry but sometimes I don’t see what the fuss is about,” Hodgson told Sky Sports.

“He’s not English anyway, let’s be fair. We can argue that, under the current FIFA rules, by 2018, he might be eligible to play for England.

“But if a player isn’t eligible to play for England until 2018, then what’s the problem if he goes and plays for someone else.

“How can you be upset in 2014 if he goes and plays for one of the other countries that he’s actually eligible for? He was born and brought up in Belgium. We can’t be disappointed by that.

“It would be very different if he was available to play for us and we passed up the opportunity and he went to play for Belgium. The question would be relevant. But it’s not relevant when he can’t play until 2018.”

Belgium boss Marc Wilmots has confirmed that he plans to select Januzaj in his preliminary 27-man squad for this summer’s World Cup in Brazil.

Wilmots wants to assess the player’s performance in training before deciding whether to include him in the final 23-man party.

After making his first-team debut in August, Januzaj has featured in 32 senior games for United this season.

Januzaj, whose current contract at Old Trafford is due to run until June 2018, has scored four goals and provided three assists in 24 Premier League appearances.