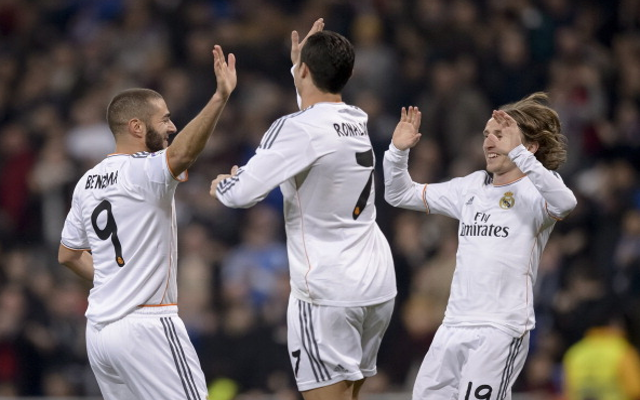 Courtois re-opens the debate as link with Barcelona emerges…

All the latest headlines from the newspapers in Spain as the ticket allocation for the Champions League final is announced for Real Madrid and Atletico fans.

– A ticket for the final is priceless.

– Real Madrid and Atletico Madrid will not cover not even 10 per cent of requests with their 17000 tickets.

– 2000 euros is the average cost to sleep for the night in Lisbon.

– “This is the dream,” A crazy trip ends early in the morning.

– The worldwide press in praise of Atletico.

– Sevilla becomes finalist in the last minute. A goal from Mbia in the 94’ minute gives them a place in the final.

– They will play against Benfica on May 14.

– Doors are open: Carlo Ancelotti ponders playing Iker Casillas before Lisbon so that he is ready.

– Madrid and Atletico inundated with requests. Both clubs are given 17000 tickets, UEFA has 27000.

– Atletico and Madrid will earn 31.1 million.

– Real Madrid to appeal the yellow card to Xabi Alonso.

– Diego Simeone continues the same: “The only thing that matters is Levante”.

– The price to stay the night in Lisbon starts at 1500 euros.

– Six players from Madrid and five from Atletico make the Best Eleven from the semifinals.

– In Holland, Kupers, and in Germany, Byrch, both dream of refereeing the final.

– Champions League spot up for grabs in Vallecas.

– Mbia knocks out Valencia who had come back to equal the tie.

– Barca looking at the coaches of Courtois or one with a similar profle.

– Luis Enrique to Barca for free.

– Ter Stegen is learning Castellano and practicing with the ball at his feet.

– Mbia scores and Sevilla progress to the Europa League final to face Benfica.