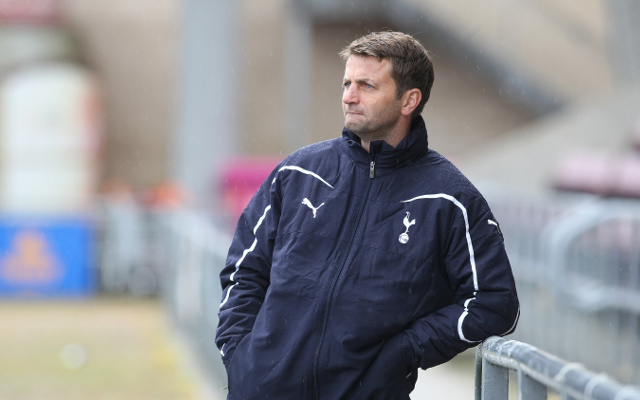 Sherwood admits that equalling Tottenham’s record Premier League points tally is unlikely to convince the “people upstairs” from replacing him this summer.

Tottenham Hotspur head coach Tim Sherwood does not expect the results of his side’s final two games of the season to have any bearing on whether the club sack him or not.

Since replacing Andre Villas-Boas just before Christmas, firstly as a caretaker and then on an 18-month contract, Sherwood has masterminded 12 wins from 20 Premier League games.

That impressive record gives the 45-year-old a top-flight win percentage of 60 per cent, which is superior to that of any of his predecessors.

Furthermore, if Sherwood’s side beat West Ham United at White Hart Lane on Saturday and then get another victory at Aston Villa eight days later, they will equal the club’s record Premier League points tally of 72, which was set last season.

However, Sherwood reckons that such an achievement is unlikely to have much of an impact on his Spurs future.

“It should not make a difference,” BBC Sport quotes him as saying. “If we are relying on the last two games to decide the future of this club then it could be decided on a 30-yard shot or a referee’s decision.

“The people upstairs will know who they want to run this club and the last two games should not make a difference.”

Sherwood is expected to get the chop this summer, with Ajax boss Frank de Boer widely tipped to replace him.

De Boer is reported to be top of Tottenham’s managerial shortlist, which is also said to include Southampton’s Mauricio Pochettino.