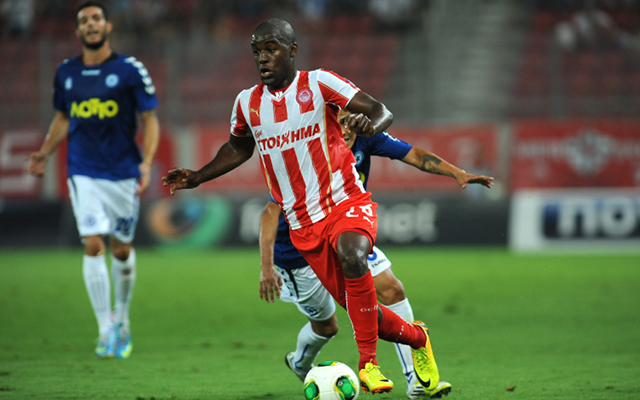 Mel keen to be reunited with Gunners youngster.

The Costa Rica international joined the Gunners from Saprissa in August 2011, but he has yet to make a first-team appearance for the North London club.

Campbell spent his first season as an Arsenal player on loan at French side Lorient, before linking up with Real Betis in the following campaign.

The 21-year-old, who is currently on loan at Olympiakos, played under Mel at Betis, featuring in 28 La Liga matches for the Spanish side.

Mel told the Express & Star: “Joel Campbell was a player with me at Betis, a very good player and it is possible for the future at West Brom.

“He’s a good player for West Brom. He could play here if I stay here.”

Mel’s long-term future at the Hawthorns appears to be far from stable.

Since signing an 18-month contract with the Black County club in January, the 51-year-old has masterminded just three wins in 14 Premier League matches.

As a result, the Baggies are still involved in a relegation battle, although they are currently four points clear of the drop zone.

“The most important thing now is the next three matches,” added Mel.

“We need an extra point, sure. Arsenal, Sunderland and Stoke City are the most important now.  Then I will have a meeting with West Brom.”

Campbell has just over two years remaining on his current Arsenal contract.

He has scored eight goals in 31 Greek league matches this season and he also found the net in February’s 2-0 win over Manchester United in the Champions League.