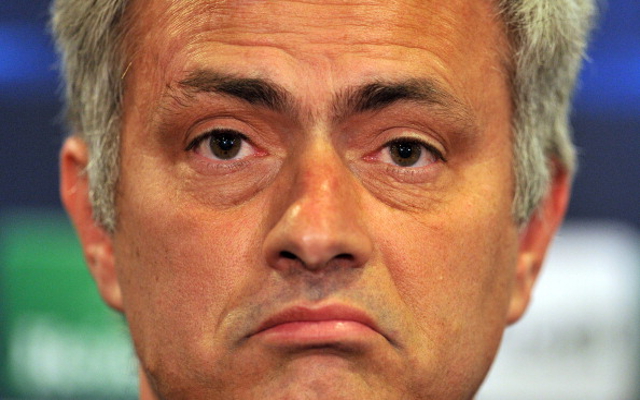 Stamford Bridge club to make just a couple of “critical signings”, according to the Special One.

Chelsea manager Jose Mourinho has rejected suggestions that he plans to make radical changes to his squad this summer.

The Blues look set to endure their first trophy-less season in three years, after being knocked out of the Champions League on Wednesday.

Although their faint title hopes rely on both Liverpool and Manchester City slipping up, Chelsea are nine points better off than they were at this stage last term.

Mourinho believes that his side are making steady progress and he does not want to disrupt that through excessive dealing in the transfer market.

Sky Sports quote the Portuguese as saying: “The only thing I can see is that the market is closed. It opens as you know in the summer.

“Chelsea will be quite calm and quiet during that period. They won’t be the noisy team selling and buying, buying and selling. We aren’t going to be that kind of club.

“We are going to do, I would say, a couple of critical signings.”

The Special One’s primary aim in the summer window is to bolster his attack with a world class forward.

Atletico Madrid frontman Diego Costa is widely believed to be Chelsea’s top target and Mourinho admits that he is a fan of the 25-year-old.

He added: “Is a striker a target for us? Yes. Is Diego a good player? Yes, he is but he’s an Atletico Madrid player so I cannot say much.”

Costa has scored 35 goals in 41 club games this season, while, between them, Chelsea strike trio Demba Ba, Fernando Torres and Samuel Eto’o have only mustered 30 goals in 102 appearances.

Winger Eden Hazard, whose attitude has been criticised by Mourinho, is the Blues’ topscorer this season with 17 goals in all competitions.