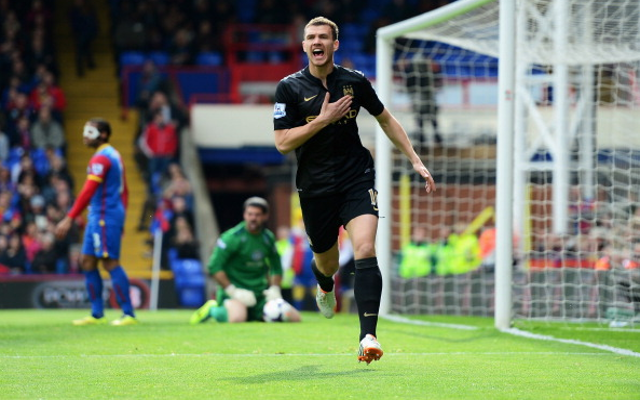 Man City forward Edin Dzeko is being strongly linked with a move to the San Siro with Inter Milan owner Erick Thohir continuing his push to rejuvenate the Serie A side with a big money bid for the Bosnian according to Football Direct News.

Inter will offer £16m and want to bring in the 28 year old before the World Cup gets underway and the former Wolfsburg man may be ready to consider a fresh challenge though he has been used fairly regularly in recent months and could be a player boss Manuel Pellegrini looks to keep hold of.

Pellegrini has a number of striking options but Dzeko is seemingly ahead of both Alvaro Negredo and Stevan Jovetic in his pecking order, behind Sergio Aguero, and as such could be given assurances that lead to him wanting to remain at the Etihad Stadium.

Dzeko has scored 20 goals in all competitions this season, that despite making just 33 starts, and the powerful forward may well have done enough to make him a player Man City can not afford to lose this summer.