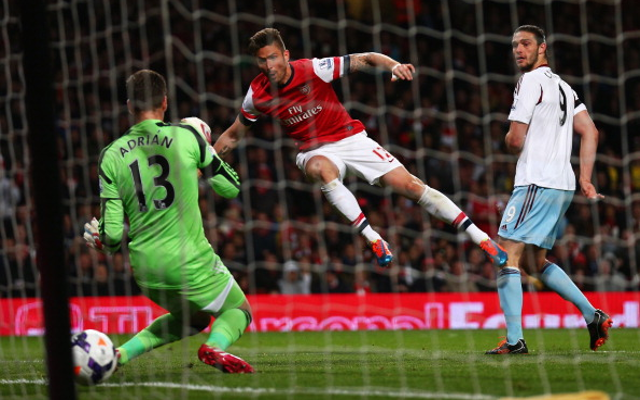 Wenger wants the Gunners to recruit an attacker that has the ability to play alongside Giroud, or instead of him.

Arsenal manager Arsene Wenger has revealed that he is keen to sign a striker this summer.

However, Sanogo and Bendtner have made just one start between them, while Podolski missed four months of the campaign due to a hamstring injury. As a result, Giroud has started 35 of Arsenal’s 37 top-flight games.

Bendtner will be allowed to leave the Emirates Stadium when his contract expires in June, but Wenger is keen to keep hold of Giroud, who has three years left to run on his current deal.

Wenger admits that Giroud has been over relied upon this season and the longest serving manager in England is keen to recruit some support for the 27-year-old.

“Maybe we have over-played him at some stage,” Wenger told Sky Sports.

“There is perhaps room for an attacking player who can play in a different position to Giroud. Someone who can play with him as well.

“But I do not know yet who will be on the market.”

Queens Park Rangers forward Loic Remy, who has spent this season on loan at Newcastle United, is rumoured to be on Wenger’s shortlist of strikers.