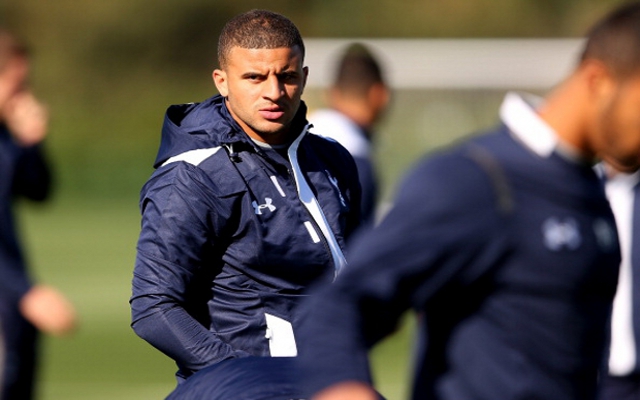 One of the four lads, who is an Arsenal fan, claimed that the 23-year-old England international reluctantly agreed to have his photo taken with him and his mates, but began to walk off before the image had been captured.

@kylewalker2 SO RUDE! Reluctantly said yes to pic with me and fans and then walked away before was even taken #thfc pic.twitter.com/86GjlhCMb8

Walker has not featured for Spurs since suffering a pelvic injury during the 3-1 defeat to Benfica in the Europa League seven weeks ago.

He is a major doubt for this summer’s World Cup in Brazil.