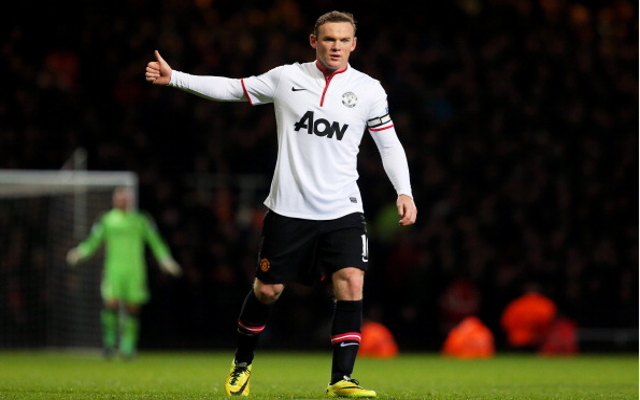 PSG are considering a bid for Man United striker Wayne Rooney according to the Daily Mail.

By all accounts there is a concern that the 28 year old England man is not too keen on playing under likely incoming boss Louis van Gaal and that has sparked a great deal of speculation about Rooney’s Old Trafford future.

Though Rooney’s strike-partner Robin Van Persie was linked with a Man United exit it is now thought that the imminite arrival of van Gaal, his national team coach, will persuade the 30 year old to remain at the club and is likely to be named the club’s captain, a role that Wayne Rooney believed was set to be bestowed on him.

This source believes PSG may be willing to fork out £35m for Rooney, who they would then play alongside Zlatan Ibrahimovic that would then presumably leave them free to cash-in on unsettled Uruguayan Edinson Cavani.

Rooney has been Man United’s most consistent performer this season, scoring 17 goals and providing 10 assists in Premier League action alone, but could perhaps be ready to consider a fresh challenge not least as his side have not secured a Champions League berth for next term.