CaughtOffside understands that whilst Arsenal boss Wenger has already hinted that he won’t bring in a swathe of new additions this summer he has been given the backing of his Emirates Stadium board to make a club record bid for Uruguayan goal machine Cavani, opting for a quality over quantity approach to the upcoming transfer window.

Wenger is confident he can convince Cavani to join the north London club and is ready to offer the 27 year old a central striking role he is comfortable in with reports that his use in a wide role has led to the former Napoli man becoming unsettled at the Parc des Princes.

Arsene Wenger is known to be an admirer of the PSG man and comments made in January 2013, and reported in the Guardian, illustrate his ongoing interest in the in-form marksman. 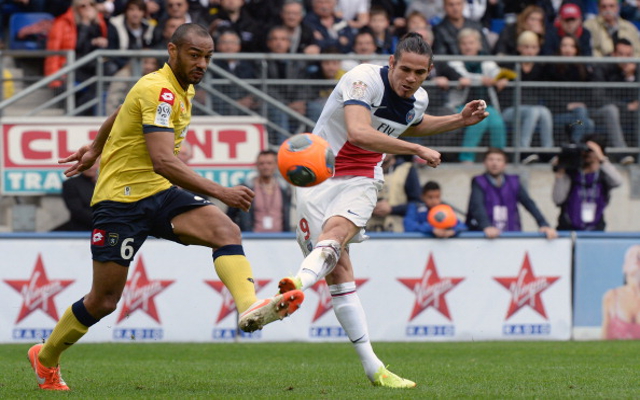 Wenger has an expansive squad and feels that rather than having to spend a huge combined sum to bring in half a dozen talents he is better off looking to bring in world-class additions that not only serve to offer him real quality in key areas but also act as a statement of intent, as evidence by Arsenal’s £42.5m move to sign German playmaker Mesut Ozil last summer.

Though the Frenchman plans to make moves to bring in players to address other areas of his squad, including the acquisition of a right-back and a defensive midfielder, he is willing to put the lion’s share of his transfer budget into improving his attack.

Prior to his move to the French capital Cavani netted 104 goals in three seasons in Naples and despite his issues since moving to PSG the powerful striker has scored 25 goals in all competitions.

Arsenal are ready to offer up to £60m for Cavani and should PSG feel that a sale is inevitable then the chance to make an instant profit on the £53m they paid for his services as an offer worth considering especially if Laurent Blanc wishes to spend big to help his side’s push for continental success having seemingly taken a vice-like grip on the French Ligue 1 title.

If Wenger does manage to bring in Cavani then he will be open to selling Lukas Podolski, who has had a tough second season at the club, and a number of other members of his first team squad could also be on their way to the Arsenal exit.

Thomas Vermaelen, Mikel Arteta, Abou Diaby, Nacho Monreal are fighting for their futures at the club while Bacary Sagna and Nicklas Bendtner will leave when their contracts expire at the end of the current campaign.