Blues slipped up one too many times.

When you look at the table below, it’s easy to understand just why Chelsea have costs themselves the Premier League title.

The Blues have often struggled against smaller, weaker sides, highlighted in this weekend’s goalless draw against Norwich City, for which they were for at the final whistle.

Just three points from games against West Ham, West Brom, Aston Villa, Crystal Palace, Sunderland and Norwich is nothing short of outrageous for a side gunning for the title.

And not all of those sides can be accused of ‘parking the bus’ either. 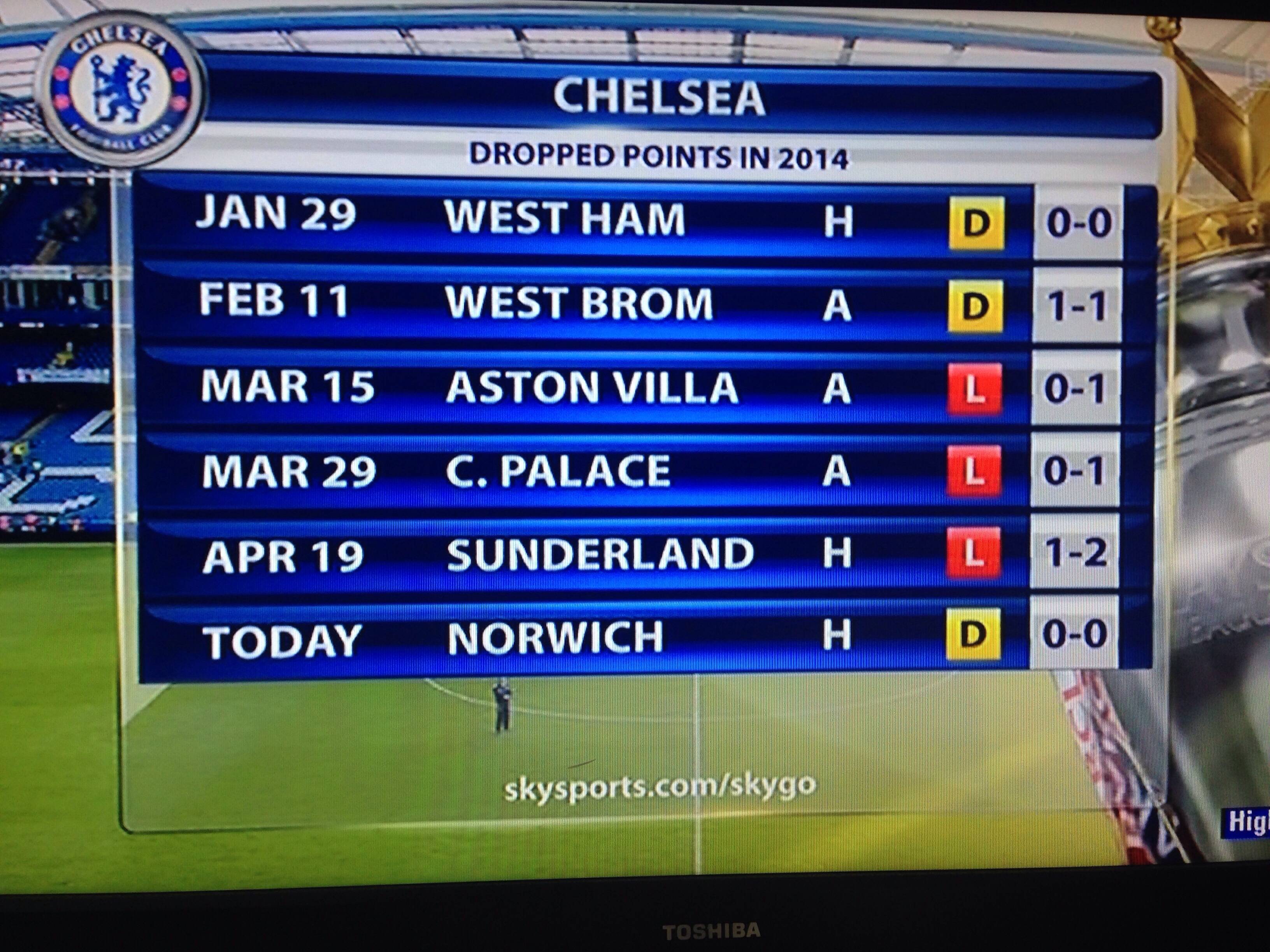