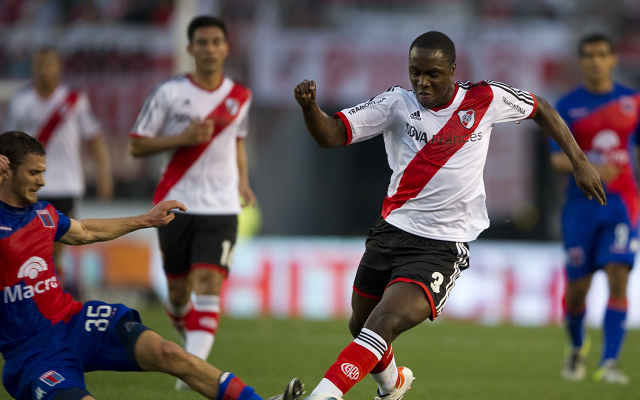 Liverpool are looking to see off initial interest from Chelsea for Rivel Plate centre-back Eder Balanta this summer, according to Football Direct News.

Sources in Buenos Aries have suggested that the Reds have been showing a strong interest in the 21-year-old as he has been described as one of the finest young defenders to come out of South America in recent years.

Chelsea has been showing an initial interest in his services before they landed St Etienne centre-back Kurt Zouma earlier in the season, but reports are hinting that the Blues have retained an interest in adding him to their ranks over the coming transfer window.

However, the one-cap The Colombia international is also believed to be firmly on the radar of La Liga giants Barcelona and the Premier League clubs know they will have another battle on their hands if the Catalan heavyweights firm up their admiration with an end-of-season offer.

River aren’t thought to be keen on letting him leave, but a clause in his contract means that any interested party could snap him up for as little as £12m, though there could be the possibility of sending him back to River Plate on loan for the season.