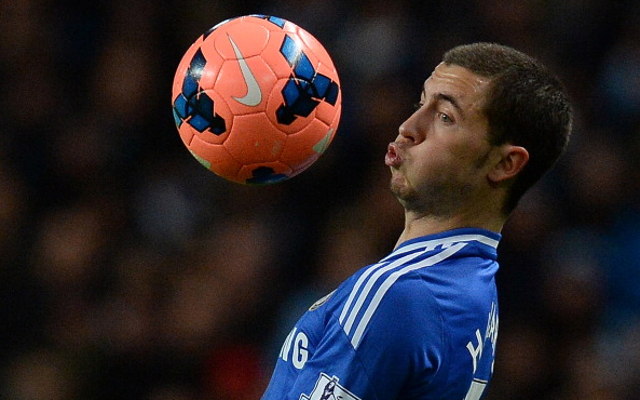 Youngster has been outstanding for the Blues.

Arsenal head coach Arsene Wenger has claimed that the north London club were on the verge of signing brilliant playmaker Eden Hazard from Ligue 1 outfit Lille two years ago before arch-rivals Chelsea stole in to land the Belgium starlet instead, according to reports in the Daily Mail.

The 23-year-old eventually opted to move to Stamford Bridge from Northern France on a five-year deal for a whopping fee of £32m in the summer of 2012, although Wenger has now revealed just how close the Gunners themselves actually came to luring Hazard to the Emirates.

And according to the experienced French trainer, Hazard’s agent was even at Wenger’s house in the capital to discuss a possible deal for his client, only for the mega-rich west Londoners to instead steal a march on their rivals and snap up the wide man.

“Yes, I wanted to take him, I had his agent at my home but again the barrier was financial and Chelsea made an effort that I couldn’t make,” Wenger told BeIN Sports.

“He can be one of the players who grows into the Messi, Ronaldo stature if he continues to develop well.”

Hazard has recently been voted the PFA Young Player of the Year on the back of a fine campaign for Chelsea, especially in the Premier League where the player has so far managed to record 14 goals and nine assists in total in his 34 top-flight encounters for the club.