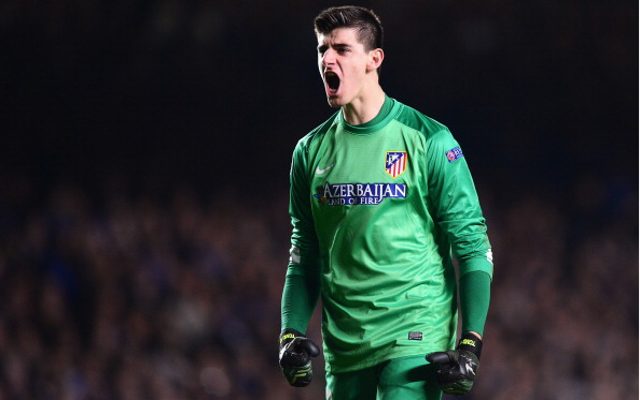 Custodian has a contract at the Bridge until 2016.

Highly rated young Chelsea goalkeeper Thibaut Courtois is so keen to play for La Liga champions FC Barcelona next season that the shot stopper is even prepared to hand in a transfer request to get his dream move to the Camp Nou, according to reports in Spanish sports daily Mundo Deportivo.

The Belgium international is currently spending his third successive campaign on loan with La Liga leaders Atletico Madrid, where once again Courtois has shone between the posts for the Spaniards.

However, Courtois’s loan switch is due to come to an end this month, with the 21-year-old expected to then return to his parent club at Stamford Bridge, before a final decision is then taken on the player’s future with the west London club.

Chelsea signed Courtois from Belgium outfit Genk in the summer of 2011 on a five-year deal for an undisclosed fee, although as yet the youngster has still to even play a single minute of competitive football for the Premier League club.

And now it is believed that Courtois has his heart set on a move to Barca next season.