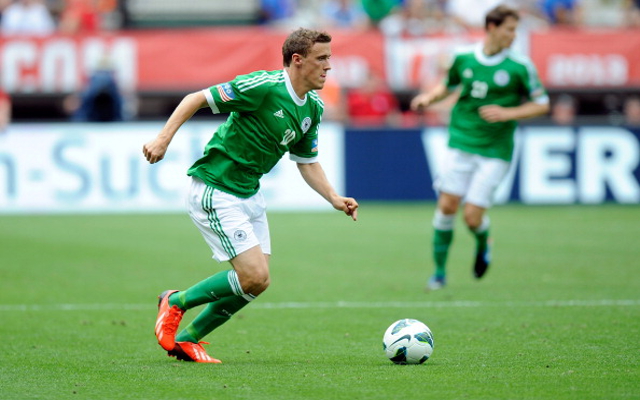 Liverpool boss Brendan Rodgers is targeting two Bundesliga talents as he looks to add more strength in depth to his Anfield squad according to Football Direct News.

Rodgers is expecting a significant transfer fund war-chest this summer and will look to beef up areas of his side he feels are lacking with Schalke youngster Leon Goretzka high up on his wish-list.

The German Under 21 international is enjoying his first season at the Gelsenkirchen side and is a versatile talent who could offer support for Rodgers in a number of areas but is perhaps best suited to a central midfield role though having only moved to Schalke last June it could prove tricky to land the 19 year old.
26 year old Borussia Monchengladbach striker Max Kruse is another target of the Merseyside outfit having impressed this term, scoring 12 goals in 33 appearances whilst also being one of the Bundesliga’s leading assist makers. The former Freiburg man is likely to be part of Joachim Low’s 2014 World Cup finals squad.

Kruse can play across the front and Rodgers may well look to make room for such an addition by offloading loaned out attackers Oussama Assaidi and Fabio Borini, who have impressed at Stoke City and Sunderland respectively. Spaniard Iago Aspas could also be on his way out after a very poor debut season at Liverpool.