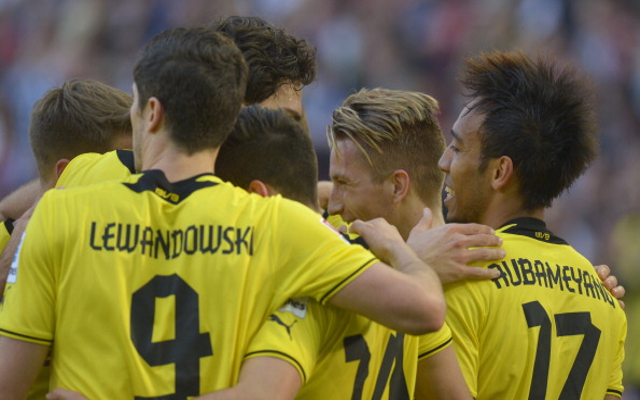 Man United are preparing a bid to break their club record transfer signing for the second time in the space of nine months as Football Direct News reports that the Old Trafford side are to make an offer of £40m for Borussia Dortmund star Marco Reus.

The 24 year old could be ready to leave the Westfalenstadion following the club’s inability to make up ground on runaway Bundesliga leaders Bayern Munich and the imminent departure of top-scorer Robert Lewandowski to the Allianz Arena won’t help matters.

Reus joined a Borussia Dortmund side that had won back to back Bundesliga titles but ever since his arrival in July 2012 the club have been falling further and further off the pace.

A return of 42 goals in 88 appearances, as well as 28 assists, is one that would clearly have a queue of interested parties waiting at Marco Reus’s door this summer.

A move for Reus could either lead to the departure of back-up forwards Javier Hernandez and Danny Welbeck or alternatively may lead to playmaker Shinji Kagawa leaving Old Trafford, depending on what role the Premier League side would be looking to use the German international in.

A £40m bid would over-take the £37.5m record fee paid to Chelsea for Juan Mata in January.