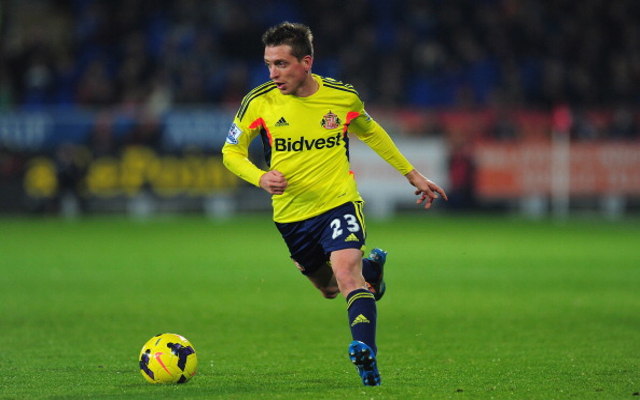 Check in to Sunderland vs Swansea City

Southampton are eyeing up a move for unsettled Sunderland winger Emanuele Giaccherini according to Football Direct News.

The St Mary’s side will look to make an offer for the 29 year old Italian international prior to the 2014 World Cup finals which the former Juventus man is likely to be involved in.

Giaccherini has had an up and down time of it in his first season in the Premier League but has shown touches of real class and is clearly a player with a great deal of ability and Mauricio Pochettino is keen to strengthen his Saints squad after an excellent campaign.

Sunderland would apparently demand around £5m for Giaccherini, which seems a fair price to pay, and a move to a side in the top half of the table could tempt the Black Cats wide-man.

Giaccherini has been in and out of the first team set-up, starting just one Premier League fixture since New Year’s Day, but has managed to weigh in with four goals and four assists, a return that may not sound all that impressive until you consider that those stats mean he is the club’s fourth highest scorer and no player has provided more assists for the Stadium of Light side.

Prior to his move to England Emanuele Giaccherini played his part in back to back Serie A title successes in Turin.