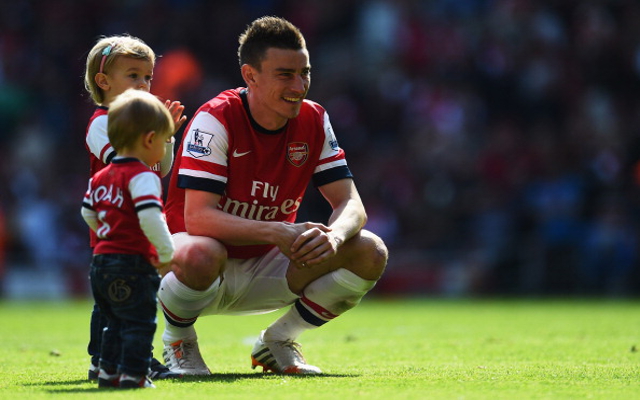 Gunners close to tying Frenchman down to new deal.

Arsenal boss Arsene Wenger is confident of making Laurent Koscielny the latest Gunners star to commit his future to the club despite considerable interest from Paris Saint Germain, according to the Daily Mirror.

The likes of Per Mertesacker, Aaron Ramsey, Tomas Rosicky and Santi Cazorla have all penned renewed deals this season and now Wenger is hopeful that the France international will follow suit and commit to another five years at the Emirates.

The recent contract news have been a major boost for the club in the wake of such little transfer activity in the January transfer market.

However, the Gunners will be hoping that some significant interest from both Paris Saint Germain and Bayern Munich will not be enough to turn the player’s head as the summer transfer window approaches.

Wenger is still hoping that right-back Bacary Sagna and goalkeeper Lukasz Fabianski change their minds and sign new offers, but they both seem set to go this summer when their deals expire.

“Koscielny is close to signing a new contract,” Wenger told reporters on Thursday.

The 28-year-old has made 163 appearances for Arsenal since arriving from Ligue 1 side Lorient in the summer of 2010.