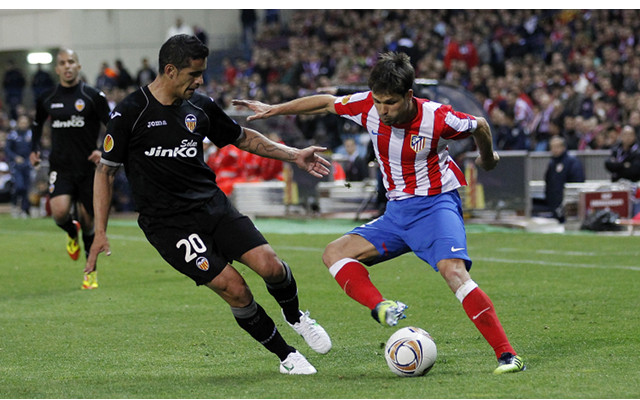 The 29-year-old forward is out of contract with the club from the Spanish capital this summer and has largely been tipped to make an exit.

A number of clubs across Europe are said to be taking an interest in bringing him aboard, but reports in Spain have claimed that Arsenal have already made an approach to land his signature with the hope that they will be able to negotiate his route to the Premier League.

Diego signed for Atletico in January on a short term deal and has played some part in the club’s strong end to the season.

However, even though Atletico boss Diego Simeone is keen to keep him at the club, the player’s massive wage demands are preventing them from striking a permanent deal and they are now aid to be willing to let him leave this summer without a fight.

Brazilian side Santos are also thought to be interested in taking him home, but the Gunners still believe he has a lot to offer on the European stage before he makes his way back to South America.