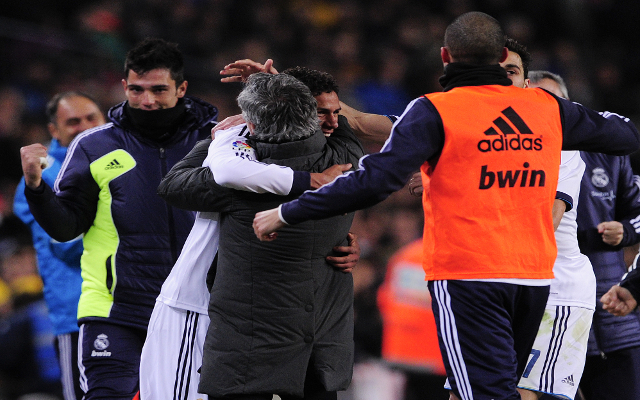 Twenty-one-year-old is contracted to Los Blancos until 2017.

Chelsea head coach Jose Mourinho is hoping to be able to sign highly rated young Real Madrid centre-back Raphael Varane for next season, according to reports in the Daily Express.

The self-styled Special One knows the France international well from their recent time working together at the Santiago Bernabeu, with it understood that Mourinho now sees Varane as being the ideal player to eventually take over from experienced club captain John Terry at the heart of the club’s back four.

Terry’s current deal at Stamford Bridge runs out at the end of June and so far the central defender has yet to agree a contract extension with the west London club after only being offered a new deal on significantly reduced terms to those that he is on at present.

And so with so much doubt now surrounding Terry’s future in the capital next season, is is believed that Mourinho is now lining up a summer swoop for Varane, with the defender having only been used as a bit-part player at the Santiago Bernabeu by new Madrid boss Carlo Ancelotti so far in this campaign.