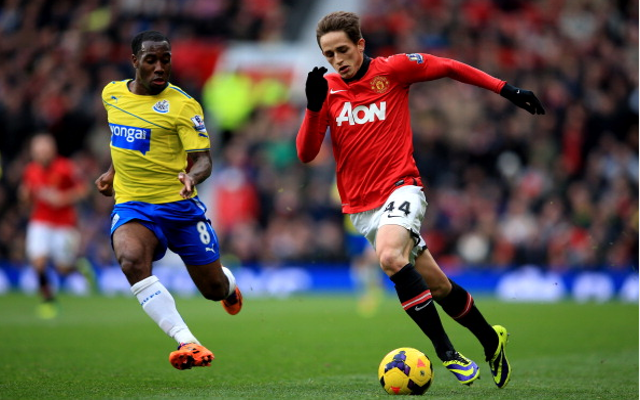 Manchester United starlet Adnan Januzaj wants to follow in the footsteps of former Red Devils star Cristiano Ronaldo and become one of the best ever players at the club.

The 19-year old Belgian was given his big break by David Moyes this season as the Scot trusted the young midfielder to deliver on the big stage and handed him several first team opportunities.

Januzaj wants to emulate the Real Madrid star and is looking to take cues from Ronaldo’s success in the Premier League. The former Anderlecht starlet believes that he needs to get stronger by working in the gym, much like Ronaldo was able to build greater physical strength as time wore on with Manchester United.

“I watch him a lot and try to do the same things that he does,” Januzaj was quoted as telling the Daily Star.

“He is a very good player. I always look at him and watch his games as well and try to do what he is doing and remember what he did at Manchester United.

“I have to work hard in the gym like he did because, when he came here, he wasn’t strong. But after a year or so he became really strong and could push people away.”

Januzaj has made an impressive 34 appearances in his first full season as part of the Manchester United first team, and while he certainly seems to have the potential to make it big at Man United, it remains to be seen whether he could scale the peaks that his Portuguese role model did at Old Trafford.

Still, considering he is still just 19 years of age, he has plenty of time to catch up to Ronaldo.