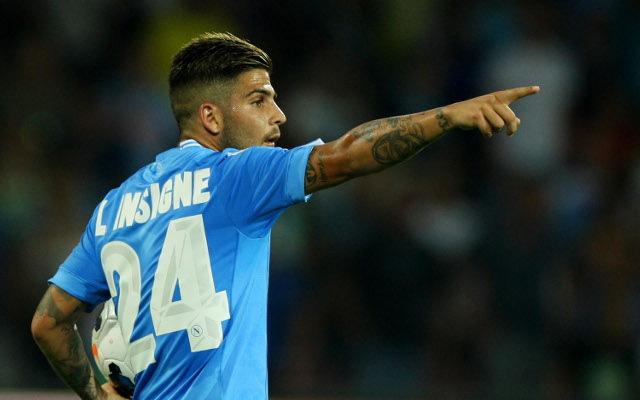 Arsenal have set their sights on highly rated Napoli forward Lorenzo Insignie and are ready to offer as much as £18m for the Italian international according to Football Direct News.

The adaptable 22 year old attacker can play across the front but is most effective in a wide role and has helped Rafa Benitez’s side to secure a third place finish in Serie A and a brace in the recent encounter with Fiorentina helped the Naples to a Coppa Italia triumph.

The Gunners will look tempt Insignie into a move to north London with a massive pay-rise though Arsene Wenger will face competition from local rivals Tottenham who are also tracking the pint sized youngster.

Insigne’s form may well lead to a call-up to Cesare Prandelli’s World Cup squad and as such Wenger may do well to register his interest before the tournament kicks-off.

Wenger could certainly do with the addition of further attacking options and given that both Theo Walcott and Lukas Podolski, who are often used in wide roles, have suffered with significant injuries this season a move to sign the cultured Serie A starlet could be an intelligent one to attempt.