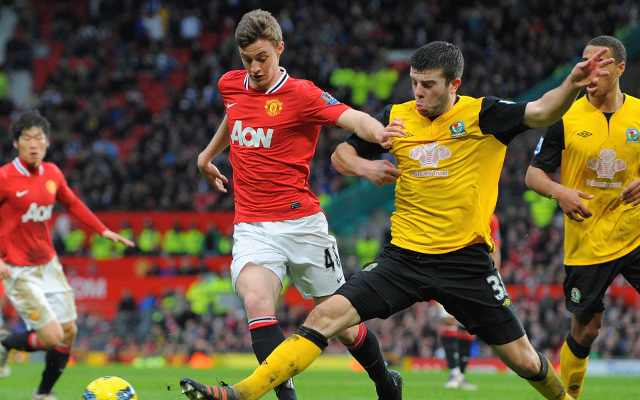 Forward’s deal in the north west runs out in less than 18 months’ time.

Young Manchester United front man Will Keane looks like leaving the Premier League champions at the end of the season after failing to agree terms on a new contract with the Red Devils, according to reports in the Daily Mail.

The England Under-21 international made his debut for the top-flight giants against Wolverhampton Wanderers three years ago, however, since then Keane has also been shipped out on loan to the likes of both Wigan Athletic and then in the January transfer window to Championship outfit Queens Park Rangers.

However, Keane is now expected to return to Old Trafford when his loan spell in west London comes to an end, although his future will not be with United after the club failed to offer the 21-year-old an extension on his current deal which expires in June 2015 after the striker spent a year on the sidelines following a serious knee-ligament injury.

And now it is believed that a number of rival clubs are interested in luring Keane away from the Theatre of Dreams when the summer transfer window opens, including the likes of Arsenal, Newcastle United, Juventus and Fiorentina.