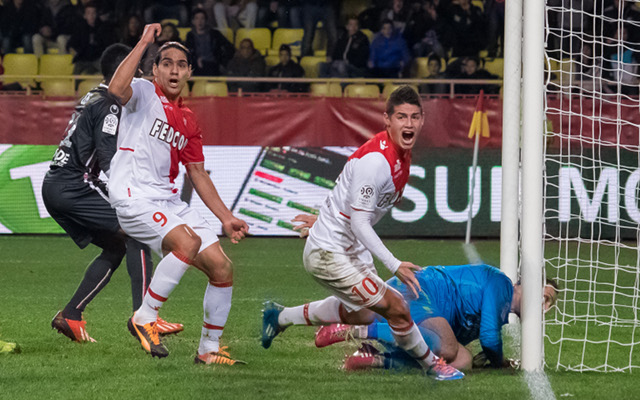 Liverpool are set to make a summer swoop for Monaco midfielder James Rodriguez after learning that he is unhappy and wants to leave the club.

The Reds had registered an interest in him last summer while he was still with Portuguese giants FC Porto, but were aware that Monaco were preparing a lucrative move that they were unable to match at the time.

However, just one year later, CaughtOffside understands that they are set to try again after learning that life at the Principality club is not as cracked up as he was led to believe.

The Colombian, who can operate at right and left wing as well as in an attacking midfield role, is said to be unconvinced by the project in Monaco and keen on a move.

Rodriguez was signed as one of billionaire owner Dmitry Rybolovlev’s pieces to dominate the French top flight, and he has helped contribute an impressive 13 assists in the club’s first season back in the top flight to guide them to a second placed finish.

Monaco aren’t though to be keen on letting him leave, but should Radamel Falcao be allowed to move on Rybolovlev is aware that he may be facing a mass exodus as the club still continue to struggle to fill the Stade Louis II.

Signed for £36m, Monaco will not consider taking a penny less as they look to recoup the fee they paid Porto for his services.

Liverpool boss Brendan Rodgers is reportedly very keen on the player as he looks to strengthen the side in midfield after seeing injuries and suspensions derail their own title aspirations.

The Reds will also be flush with a huge cash injection this summer after securing Champions League football for themselves, and shouldn’t be too phased by the 25-year-old’s hefty transfer fee.