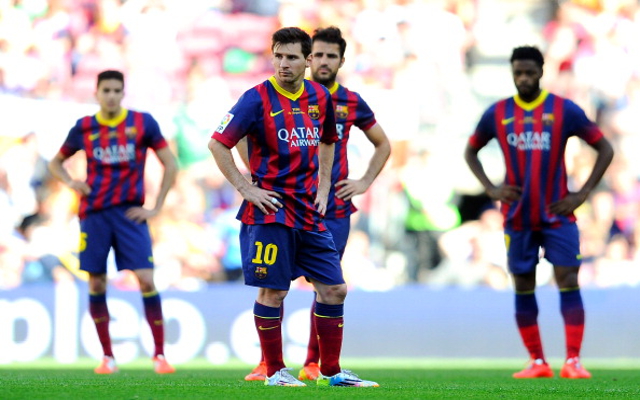 Check in to Elche vs FC Barcelona

Barcelona forward Lionel Messi has taken a swipe at the Spanish press for their continued speculation surrounding his future at the club and linking him with a departure from the Nou Camp this summer, Sky Sports reports.

Media speculation in Spain has linked the Argentina striker with a move away from Nou Camp – where he has won six La Liga titles and three Champions League trophies – in the summer amid apparent concerns over his happiness.

However, it has also been suggested that Messi is getting closer to penning a bumper new deal to keep him in Catalonia, keeping him tied to the club until 2019.

And the 26-year-old has spoken out to distance himself from the rumours linking him with a move away, insisting that he is only focussed on helping the club win their remaining games to retain the Spanish title.

“They have said a lot of things during the year,” he told Spanish newspaper Marca.

“Many atrocities have come out, most of them lies. I’m fine.”

Messi made his debut for the club back in 2004, and he has since gone on to make 423 appearances, and scoring an astonishing 354 goals during that time.