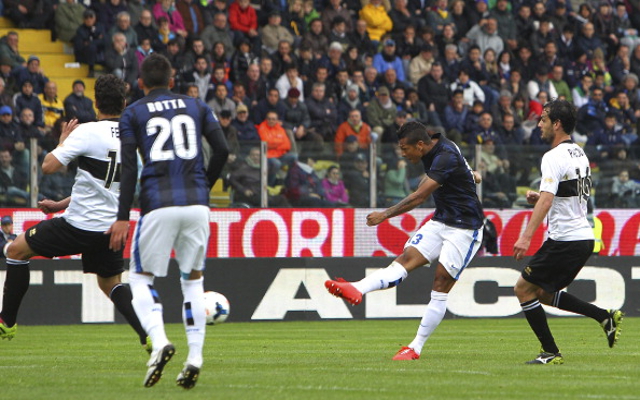 Manchester United are expected to make another move for Inter Milan midfielder Fredy Guarin this summer after failing to land his services during the January transfer window, according to Football Direct News.

The 26-year-old is believed to have come close to joining the Old Trafford outfit in the new year, despite repeated overtures from Juventus to keep him in Serie A. Inter were eventually able to convince him to pen a new deal to keep him at the club for another three years, though.

Despite revealing he had been hurt by the club’s intention to sell him the Colombian put all the negative press behind him when the new deal was signed – until he came under fire from angry fans again who questioned his commitment to the cause after costly mistakes in matches.

So despite the new deal, his future is still coming under question in Milan, as the club prepare to undergo a dramatic facelift at the end of the season.

And United are still thought to be keen on bringing him on board, though they may face competition from fellow Premier League side Tottenham Hotspur, who had also registered an interest in January too.