After Manchester City midfielder Yaya Toure netted his 20th goal of the Premier League campaign against Aston Villa at Eastlands on Wednesday night, we take a look at the top five goalscorers in his position in the 22-year history of the competition … 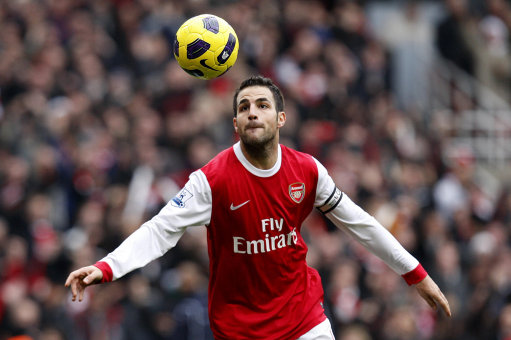 The cultured Spain playmaker enjoyed a particularly productive season four years ago at the heart of the north London club’s midfield, with Fabregas’s 15 goals from midfield at one point sending the Gunners to the top of the table and dreaming of the title.

However, as soon often is the case with Arsenal, the campaign drizzled out and soon the Catalan was on his way back to his boyhood club Barcelona.