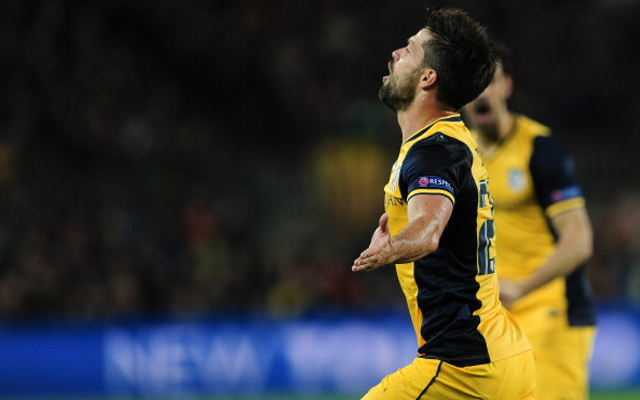 Arsenal have been offered the chance to sign experienced Brazilian playmaker Diego on a free trasnfer deal this summer according to the Daily Mail.

The 29 year old is currently enjoying his loan spell at Atletico Madrid and was previously an Arsene Wenger target back when he was impressing during his time at Werder Bremen.

Wenger may be keen to bring in further midfield options given that the likes of Jack Wilshere and Aaron Ramsey have experienced ongoing injury issues and Mikel Arteta may be on his way out after an average season from the Spanish veteran.

Diego will see out the season at the Vicente Calderon having been handed back to the La Liga side by Wolfsburg, and is a player who clearly has a lot to offer and may well be a player Diego Simeone looks to retain.

A move to the Premier League could tempt the experienced playmaker, who has enjoyed spells across Europe.

Diego has also plied his trade with FC Porto and Juventus but his best spell probably came at Werder Bremen where he enjoyed a three season spell before his journeyman career really began.

Arsenal playmaker Mesut Ozil is said to be good friends with Diego and that could well be a motivating factor that could encourage the set-piece specialist into considering a move to the Emirates Stadium.