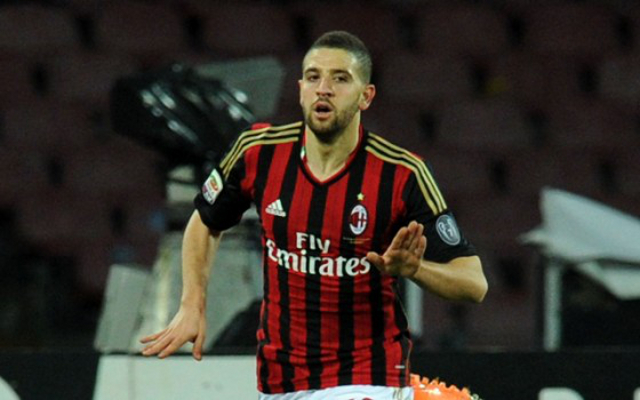 Rossoneri may still qualify for next season’s Uefa Europa League.

Queens Park Rangers playmaker Adel Taarabt says that he wants to turn his current loan spell at Serie A giants AC Milan into a permanent move this summer, according to reports in the Daily Mail.

The exciting Morocco international only moved to the San Siro from the west London club on a six-month loan deal during the January transfer window.

However, already in his short time with the Rossoneri Taarabt has managed to prove himself to be a big hit with the Italian outfit, with the 24-year-old having so far managed to register four goals and two assists in his 12 Serie A outings.

And now the midfielder says that he is keen to remain with Milan at the end of the campaign rather than return to Loftus Road, although the two clubs still need to reach an agreement over a suitable price for the player, with the Serie A side understood to only be willing to pay as much as £4m for Taarabt.

“We are in negotiations so that I can stay here and I hope to stay at Milan, as with this jersey I manage to give 100 per cent,” said Taarabt.

“I never expected to score so early into my time here. We lost at Napoli, but I think I managed to show straight away who I am.

“With this shirt I played for the first time at San Siro and in the Champions League.

“In England I played behind the strikers, but here at Milan I have a different role and I prefer it.”