Serie A giants Inter Milan are leading the race to sign Manchester United left-back Patrice Evra, according to Sky Sports.

The 32-year-old has just over a month left to run on his current contract at Old Trafford.

He is likely to leave the Red Devils on a free transfer this summer, with United seemingly courting Southampton teenager Luke Shaw as his replacement.

Ligue 1 side AS Monaco – the club that Evra left to join United in January 2006 – have reportedly offered the 54-time France international a two-year deal.

However, Sky Sports claim that Inter are in pole position to land Evra, who has scored one goal and provided three assists in 32 Premier League starts this season.

Inter are planning a major recruitment drive this summer following a disappointing domestic campaign that sees them sit fifth in the Serie A table with just one game left to play.

The Nerazzurri have already agreed a deal to sign Serbian centre-back Nemanja Vidic from Old Trafford on a free transfer.

Today’s game at Southampton is likely to see Evra make his 377th and final first-team appearance for United. 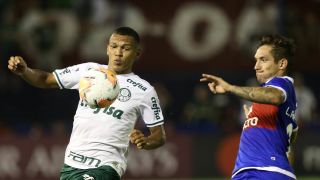