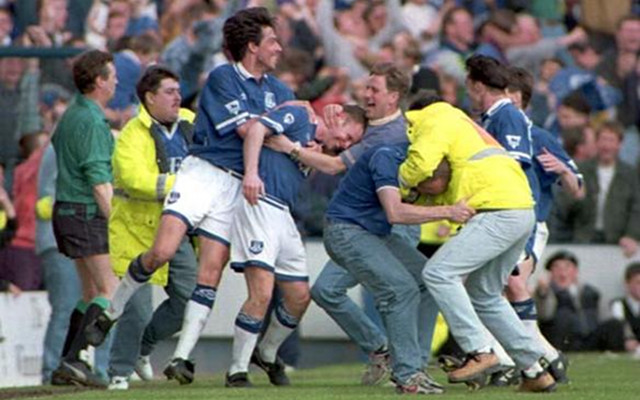 It’s easy to forget that once upon a time Everton were often considered as relegation fodder in the top flight, and in 1994 they came dangerously close to slipping down to the second tier save for a final day salvation. Needing a win against Wimbledon to survive, they found themselves 2-1 down at half-time, with Sheffield United drawing at Chelsea at the break to keep them out of the basement. However, two late goals in the second half provided the relief as Chelsea eventually managed to score against the Blades to keep the Toffees up.