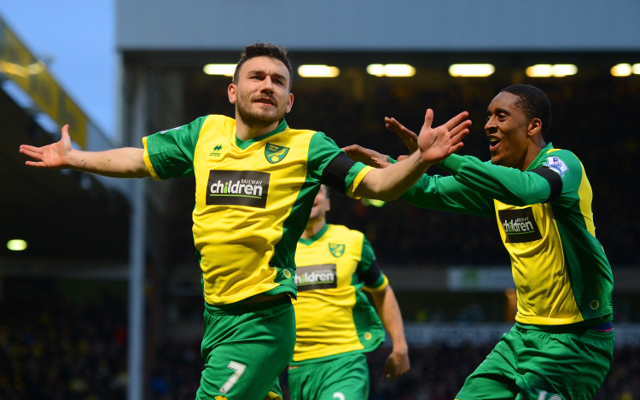 Upton Park side look to invest in Hammers squad.

West Ham boss Sam Allardyce will be handed funds to make significant moves in the summer transfer window and the Sunday Mirror claims the east London side have set their sights on Norwich City wide-man Robert Snodgrass and a number of other
potential targets.

The Hammers can pick up Snodgrass for as little as £3m with the Canaries no doubt looking to balance the books as they prepare for life in the Championship.

West Ham are ready to target AC Milan youngster M’Baye Niang, who has impressed during his loan spell at Montpellier this season and would also cost £3m.

There are still doubts over Allardyce’s long term future in charge of the club but if he were to start conducting transfer business early in the window that would at least give the impression that the former Bolton manager is going nowhere.