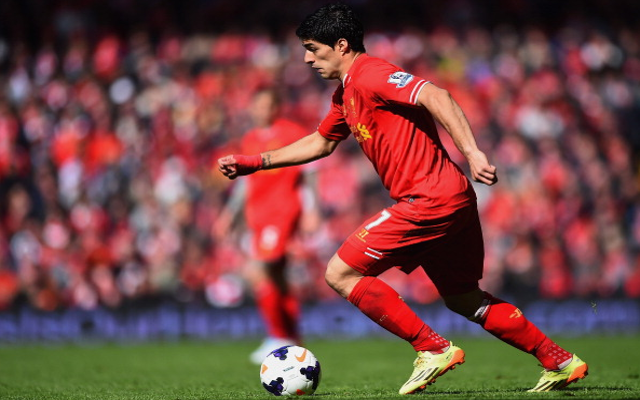 Attacker won both the PFA and the FWA Footballer of the Year award.

Liverpool front man Luis Suarez left a warm message of thanks to the Merseyside giants’ fans on his Facebook page on Monday following the end to the club’s Premier League season.

The brilliant Uruguay international was not only named as the double Footballer of the Year, but the 27-year-old also finished the campaign as the top scorer in the Premier League after finding the back of the net on 31 occasions in just 33 outings.

However, despite Suarez’s heroics in front of goals, the Reds still just missed out on what would have been a first league title since 1990, although the striker still had words of encouragement for the club’s supporters.

“Hello everyone. First of all I wanted to thank all the fans for supporting me this year, especially the RED FANS,” Suarez wrote on his Facebook page.

“We did everything we could until the last game but the important thing this year was that Liverpool came back in the Champions League!!!

“Me and my family want to thank you for living unique moments this year. The work done by my teammates and the entire staff of Liverpool has been incredible and I hope everyone enjoyed this year… Thanks again. YNWA!!!!!!!!”