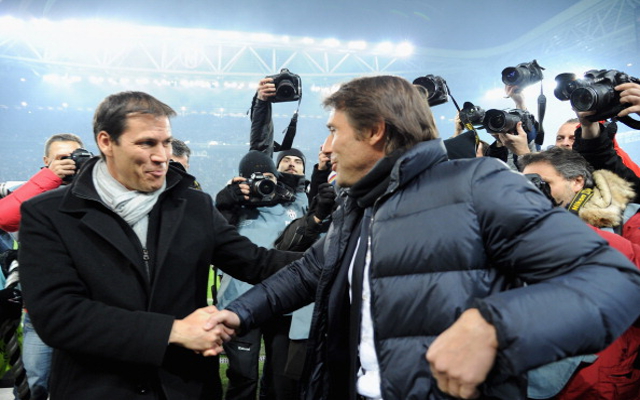 All the latest headlines from the newspapers in Italy as Juventus defeat Roma and move to the brink of reaching the 100-point mark.

– Record points tally in Serie A, but words of doubt on the future of Antonio Conte.

– Conte: “Doubt we can improve on this, if I left I wouldn’t take a year out”.

– Sassuolo and Chievo, splendid salvation, Bologna, Catania and Livorno in Serie B.

– Milan, Europa League in doubt, comment from Adriano Galliani during the 2-1 defeat to Atalanta on Sunday: “Seedorf? He’s crazy”.

– Conte, record and goodbye! 99 points and the Coach seems to have decided to leave. Speculation continues over his future and despite the calls for reinforcements for next season to conquer Europe, reports continue that Conte will look for a new challenge next year.

– Bologna-Catania shock, in Serie B with Livorno.

– Dani Osvaldo beats Roma, just one point until the 100.

– In the party, the announcement from Paul Pogba: “I’ll stay here”.

– Miralem Pjanic renews with Roma until 2018.

– Torino, now take it – Europa League in Florence. The race for Europe goes down to the wire as Torino look to wrap up sixth place and Europa League qualification on the last day of the season.

– Bologna, Catania, and Livorno, goodbye to Serie A.

– Inter Milan – ultimatum from Walter Mazzarri, renewal or I go.