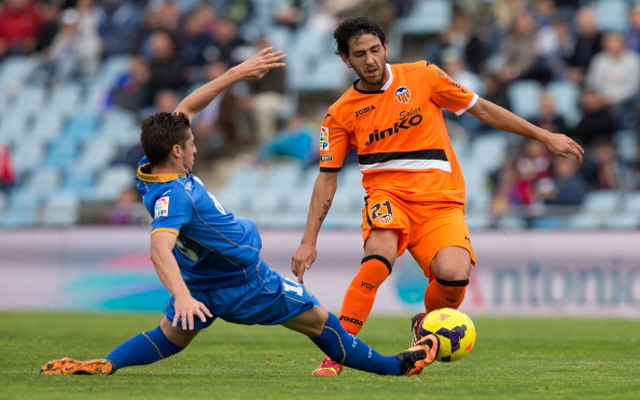 Former Real Madrid player is contracted to the Mestalla until 2016.

Liverpool have been given a huge lift in their hopes to sign Valencia midfielder Dani Parejo after the Los Che head coach Juan Antonio Pizzi revealed that his club were powerless to stop the player joining the Reds next season, according to reports in the Daily Mirror.

The Merseyside giants have been keeping close tabs on the highly rated former Spain Under-21 international for some time now, with a view to luring Parejo to Anfield when the summer transfer window does finally reopen for business.

Parejo, 25,  has so far managed to register a total of five goals and seven assists in his 44 matches in all competitions for the Spanish top-flight outfit, including four strikes and five assists in his 29 La Liga games for the club.

And with a contract at the Mestalla that runs until 2016, many had expected Valencia to resists all advances for Parejo this summer and keep hold of their star man in Southern Spain next season.

However, Pizzi has now confirmed that any interested suitor that meets the full value of Parejo’s £20.5m release clause in his deal with the club will be allowed to speak to the Spaniard.

“I have already said that Parejo is a very important player for me, the same as a number of others

“I can understand the need to buy or sell players, but it isn’t a topic which I can resolve”.