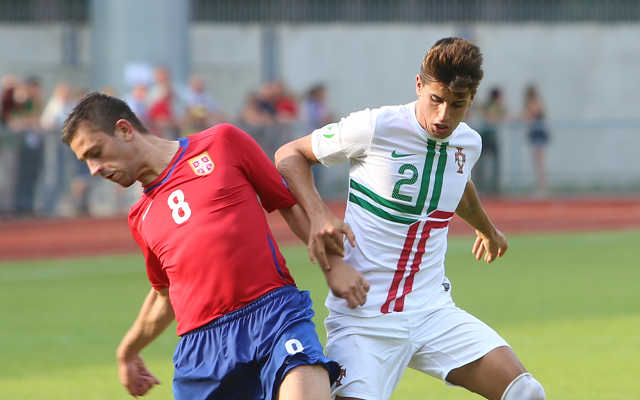 Premier League giants Liverpool, Chelsea and Manchester City are all said to be locked in a three way race to sign Benfica full-back Joao Cancelo this summer, according to talkSPORT.

The 19-year-old has made a steady progression through the club’s youth teams over the past two years but made his way into the starting XI this season when he made his debut as a substitute back in January, but earned his first start against arch-rivals Porto this weekend.

The versatile young star can play on either side of the defence and his performances this season have been enough to prompt the Premier League big guns to tip him to become a star of the future as they all prepare lucrative offers to tempt him over to the English top flight.

Cancelo has represented Portugal at various youth levels and is currently contracted to the Portuguese league champions until 2018.

Currently with just two senior appearances under his belt, it is believed that whichever club will sign him will loan him back to Benfica or to another club that will be able to give him more first team experience.