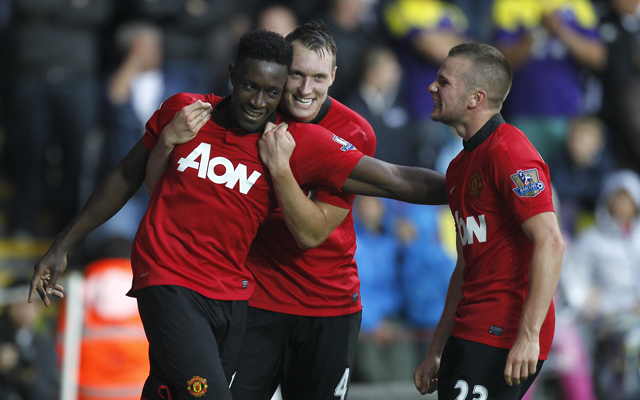 Giggs confident that England international will stay with the Red Devils despite reported interest from Tottenham Hotspur and Arsenal.

The 23-year-old has been linked with Tottenham Hotspur and Arsenal, but Giggs says he is going nowhere.

Today’s game at Southampton is expected to be Giggs’ final game in charge of the Red Devils, but, while his own future looks far from certain, the Welshman is sure that Welbeck will be retained by the club’s new manager.

“We won’t be selling him,” Sky Sports quote Giggs as saying. “We showed that the other night that bringing young players through is an important part of the club’s culture and history.

“We wouldn’t like to lose someone like Danny because he has done that, he has been here since eight or nine. So we want to keep him.”

Welbeck, who has been capped 21 times by England at senior international level, has scored 20 league goals for United since making his debut in 2008.

He has just over two years left to run on his current contract at Old Trafford.

Giggs has confirmed that he has advised chief executive Ed Woodward to keep hold of Welbeck.

“That is part of my job as I see the players day in, day out, and I’ve seen them perform in the last few days.”

United will finish seventh in the Premier League table this season, unless they beat Southampton and sixth-placed Tottenham Hotspur lose at home to Aston Villa.