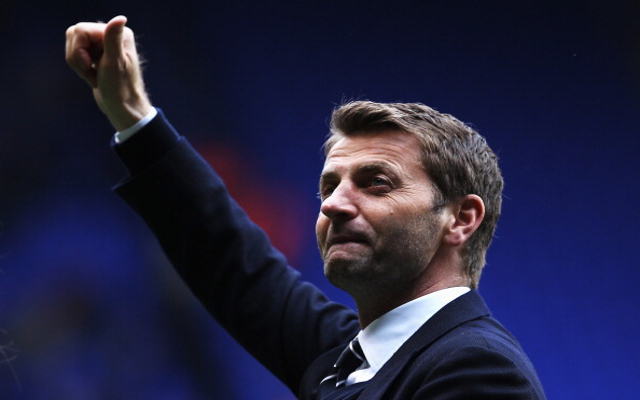 Englishman was only appointed before Christmas.

Tottenham Hotspur chairman Daniel Levy is expected to shortly confirm the departure of head coach Tim Sherwood from his role at White Hart Lane, according to reports in the Metro.

The former Tottenham midfielder was only appointed to take over from previous boss Andre Villas-Boas on a permanent basis last December, with Sherwood being handed an 18-month contract in the capital.

However, with the north London club having now finished the Premier League campaign outside of the top four positions, and so without a place in next season’s Uefa Champions League, it is widely expected that Sherwood will be given his marching orders by Levy, with the announcement even set to be made as early as this week.

And that is because the Spurs supremo is said to want a manager with more European experience to lead the team next season when due to the club’s sixth-place finish on Sunday will mean anther campaign like last one in the Uefa Europa League.

However, Levy has already missed out on experienced Dutch trainer Louis van Gaal’s services with the Netherlands boss expected to join Manchester United, although Spurs could now move for Napoli manager Rafa Benitez instead.