A few stats from the latest Premier League season. 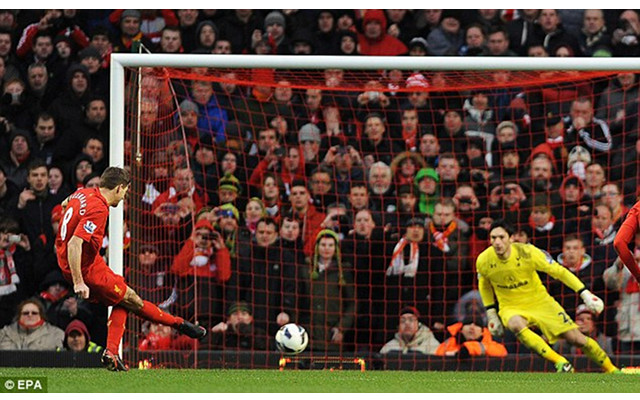 10 – Steven Gerrard has scored 10 penalties for Liverpool this season and is now just second behind Andy Johnson for most spot kicks converted in a single season.