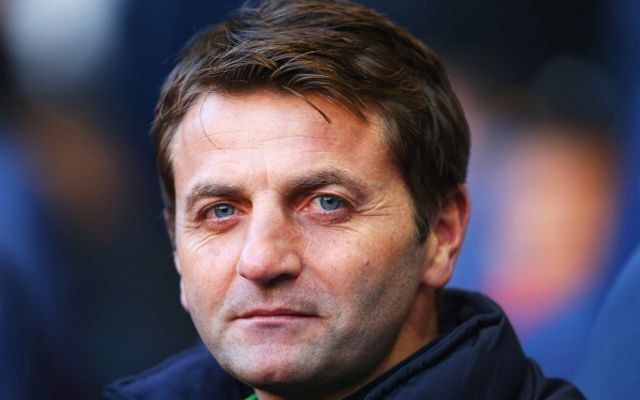 Former Spurs midfielder is expected to be sacked this week.

Under-pressure Tottenham Hotspur head coach Tim Sherwood was in good spirits in what may people assume to be his final match in charge of the north London club on the weekend, with the Englishman even asking a Spurs fan to come and take his own place in the dugout.

Tottenham easily overcame struggling Aston Villa 3-0 at White Hart Lane on Sunday afternoon thanks to goals from Paulinho, Emmanuel Adebayor and an own goal from Nathan Baker, with the win leaving the home side in sixth place in the table.

And during the second half Sherwood invited Spurs fan Danny Grimsdale down from the stands to not only war his infamous club gilet jacket, but to also take a seat on the home bench.