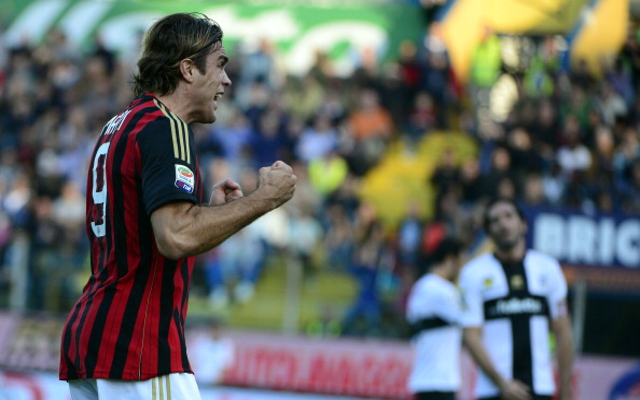 West Ham are set to step up their efforts to land AC Milan striker Alessandro Matri this summer as Sam Allardyce looks to remedy the club’s striker shortage, according to talkSPORT.

Big Sam has often been left to bemoan his side’s lack of firepower this season and has on occasion been forced to play without a recognised front man in his starting line up. In January the club brought in Marco Borriello on loan from Roma, but injury kept him on the sidelines for the majority of his stint in east London.

However, Allardyce has targeted a move for the 28-year-old, who has spent the past season on loan with fellow Serie A side Fiorentina after failing to break into the starting line-up at the San Siro.

With club record signing Andy Carroll being forced to miss half the season through injury, West Ham are determined to have more firepower in their squad next season and could make Matri the first of several new signings to arrive at Upton Park over the next few months.

So far this season Matri has bagged just four goals in 14 appearances for La Viola this term.