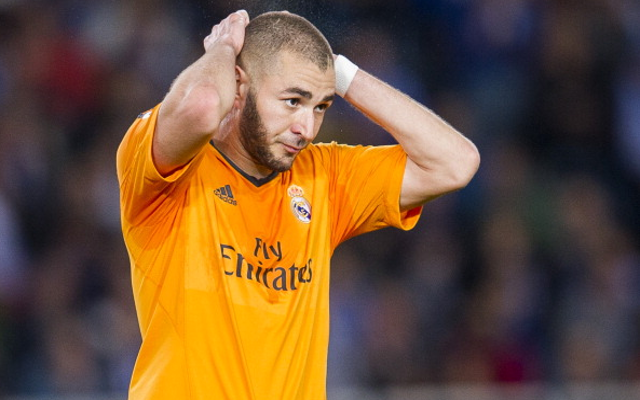 Les Bleus marksman is now surplus to requirements at the Santiago Bernabeu.

La Liga giants Real Madrid are planning on trying to persuade Liverpool to sell star man Luis Suarez this summer by offering the Reds a whopping £60m or front man Karim Benzema in exchange for the Uruguay international, according to reports in the Daily Mirror.

The brilliant striker has just been voted the double Footballer of the Year after turning in a remarkable campaign for the Merseyside giants, with Suarez’s goals and assists taking the club to within a whisker of claiming their first-ever Premier League title and their first top-flight crown for 24 years.

Suarez ended the campaign with 31 goals in his 33 Premier League contests, meaning the forward was the highest scorer in the top flight, and even then the 27-year-old still missed the opening five matches of the campaign through suspension.

And now according to reports it appears as though Los Blancos are preparing to swoop for Suarez, who only recently agreed to put pen to paper on a new long-term deal at Anfield that ties the player to the Reds until 2018, with Madrid preparing to offer their counterparts either £60m or France international Benzema instead.