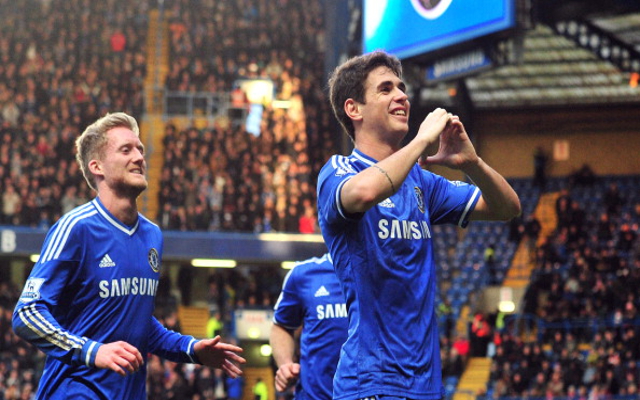 Barcelona will make a summer bid for Chelsea playmaker Oscar according to Football Direct News.

The Catalan side are set to undertake something of a squad overhaul and a number of the club’s attacking talents could on their way out and the La Liga outfit want 22 year old Brazilian Oscar to act as a replacement for Juventus bound Alexis Sanchez.

Oscar has been a pivotal performer at Stamford Bridge over the past two seasons and is surely not a player Jose Mourinho would consider losing this summer.

Barcelona already look set to welcome Blues fan favourite David Luiz to act as a long term replacement for veteran Carles Puyol and such a move could perhaps act as an act of persuasion in pursuit of Oscar.

Though Barcelona could well still secure the La Liga title on Sunday the season has on the whole been something of a disaster with Gerardo Martino’s side losing the Copa del Rey final to arch rivals Real Madrid and crashing out of the Champions League semi-finals to Atletico Madrid.

Oscar moved to Chelsea in July 2012 and has already racked up 111 appearances for the club.