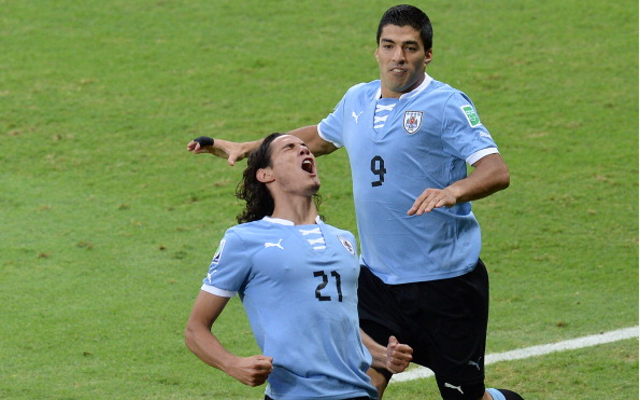 Anfield side ready to replace one Uruguyan goal machine with another.

Liverpool are preparing the ground for a potential club record £60m bid for PSG forward Edinson Cavani as Brendan Rodgers plans for the worst if the fails to retain the services of prized asset Luis Suarez.

CaughtOffside understands that whilst the Anfield side are confident of keeping hold of 27 year old Uruguayan Suarez they are keeping their options open should the striker look to force a move to Real Madrid this summer.

Suarez only recently signed a lucrative new contract that makes him the highest paid player in Liverpool’s history and though the former Ajax man appears happy to remain at the Merseyside club there is a fear that he could be tempted by a move the Bernabeu.

Real Madrid president Florentino Perez has made Suarez his number one transfer priority and could well be ready to stump up another world record transfer fee with the Spanish giants having spent £85m to sign Welsh winger Gareth Bale and if such an offer was made and the Premier League ace demanded a move then Liverpool would have little choice other than to accept.

Liverpool are then ready to appease concerns of potentially frustrated supporters by turning to Cavani to fill the void.

Cavani is known to be unsettled at the Parc des Princes, unhappy at being used in a wide role as well as playing second fiddle to Swede Zlatan Ibrahimovic, and could well be open to a move to the Premier League where his physical presence could well make him an ideal centre-forward purchase.

Prior to his move to the French capital Cavani netted an impressive 104 goals in three seasons with Napoli and has racked up 25 goals in all competitions this term.

PSG paid £52m to bring in Cavani last July but the Ligue 1 side may well jump at the chance of making an instant profit on their investment given the circumstance, Laurent Blanc would then not only have funds to re-invest in further additions but in bringing in £60m they could also be better placed to adhere to UEFA’s FFP (Financial Fair Play) guidelines.